For those who did not pick up on it in the last announcement post : It’ll be quiet from me in terms of updates on all my stories until at least mid-August 2015 due to holidays and real life things. I might toss something random out now and then but don’t count on it too much.

Since we’re at the end of this ‘little’ outtake , a little reminder of what started it (see above) and a set of lines from the closing lines of Shakespeare’s Midsummer Night’s Dream that in real vague terms of inspiration came back to me when I decided to write this little outtake, particularly the sentences in bold.

If we shadows have offended,
Think but this, and all is mended,
That you have but slumber’d here
While these visions did appear.
And this weak and idle theme,
No more yielding but a dream,
Gentles, do not reprehend:
if you pardon, we will mend:
And, as I am an honest Puck,
If we have unearned luck
Now to ‘scape the serpent’s tongue,
We will make amends ere long;
Else the Puck a liar call;
So, good night unto you all.
Give me your hands, if we be friends,
And Robin shall restore amends.

Announcement first, chapter below: I kind of liked the image above for Pam but it suits me right now. Though in fairness the following is not to blame on laziness it’s just other stuff of more importance is going on right now which means you’ll be ‘seeing’ a bit less of me in times ahead. I had intended to take a bit of a summer break from all things fanfic over the summer from mid-July to late August to coincide with my holidays but current circumstances have moved that forward. I’ll be posting the last few chapters of the EAM outtake and that’ll be it for a while.

I’ve been getting a few messages over winning some awards in different places. Thanks for that, and the voting/nominating I’ll take a look at it all in due time as well as responding to all the lovely comments left on the chapters for this outtake. Enjoy the chapter and I’ll post the next one within a few days.

The next chapter from this little outtake is up again, Spike Jr. and Sr. come out to play!

Next chapter of the outtake is up and ready for your reading pleasure! If you’re in Denmark; enjoy burning the witches tonight 😉

I have a bit of a new tale for you but it’s connected to something of old. A happy Midsommar, Summer Solstice, Midsummer, etc. to all that celebrate this longest day of the year. We tend to have long and dark winters so us Northern Europeans have a certain affinity with this day even though it’s often celebrated on different dates. It was this upcoming holiday that cross breaded with a bizarre visual find that had my muse pushing (read: an Eric who wouldn’t shut up about his Maypole) a new outtake for the Fixin’s family out from Everything and More. This follows the Christmas outtake Meet Me Under the Stars.

There’s a bit more info in the A/N (with a bit of a refresh on some details) and I hope you all enjoy the tale, it’s a few chapters long and I’ll try uploading them in quick succession to keep that bit of ‘ordinary magic’ of this extensive and extraordinary cast of characters going.

When Eric lost his memories in Season Four, that Eric ended up in the future leaving him momentarily lost as to what had happened during the years in between. Suddenly he’s confronted with a bonded mate, crazy in-laws, and a whole caboodle of kids with whom he has no idea to whom they belong… while Sookie continues to speak of a Maypole when Eric can only recognise the one that keeps rising in his pants…

Chapter 1 – Wrong Side of the Bed

So while we sniffed and shared a bit of sadness last time things are slowly looking up on the horizon for our favoured couple. Enjoy!

The chapter is called Forgive and considering where we left off last time (and my slight tardiness) we’re probably in need of some of that. I’m not one for warnings since that often gives away some of the story but msbuffy had some tears for this again (when unleashing her superb editing skills on this) so take that as warning if you must and take solace that the worst between Eric and Sookie has already occurred. Enjoy!

I’ve been kicking at imaginary dust for the past hour or so idly procrastinating. This isn’t an easy chapter to put out there especially considering the levity of the previous chapter… I warned in the A/N last time it can’t always be fun and games like that… I’m not usually one for warnings but this chapter had the wonderful msbuffy in tears so take precautions if you must… We’re delving a bit into Russell’s past and might find someone familiar there and for the rest I guess you’ll just have to read…

Thanks everyone for the wonderful support for the new SVM/TB Directory hub concept, the response has been overwhelming. I’m compiling a list of the writers who have already agreed to join and shall try to reach out to those who haven’t yet so that we have a decent amount participating. When there’s news I’ll let you all know on the progress but if you beta, are good friends or whatever with other writers who aren’t overly active on FB or WP please encourage them to respond, the more that participate the more successful this could be.

ON TO THE UPDATE: The newest chapter for 6 Months to Live is here! We last left off with that very thoughtful bracelet Eric gave us.. (I mean Sookie, yes Sookie…) and Bill hanging mid-hypnosis… so some loose ends to tie up with a bit of levity thrown in that’ll make this make sense… 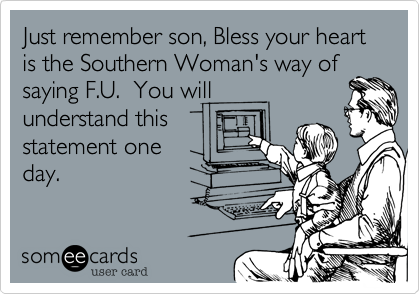 The next chapter for 6 Months to Live is up!  If you want to catch up with the previous chapter click the link. Things are tense as Sookie has to confront the bastardly Bill but also has to pussy foot around Russell and his continued mind games… interesting things ensue and oh Eric is the best by her side… 😉